The overcoat has been a key part of a gentleman’s wardrobe since it was invented in the late 18th century. They were often worn as formalwear to represent the wearer’s social status both professional and military. Not so much has changed, they are still seen as ultra-smart? Traditionally a tailored overcoat is knee length or longer and made from a warm wool or wool & cashmere blend.  We consider the overcoat a classic, both versatile and stylish. Everybody should own one. It might be the only chance to make a first impression in the cooler months!

Double breasted city coat is shown here with contemporary flourishes such as patch pockets and martingale belt. A different name for the City coat is a Polo coat. This model was worn by polo players in between chukkers (periods). Therefore the name Polo coat. Before the first World War, polo arrived in America and the coat was adopted by spectators and fashion leaders. During the twenties the coat became popular with college kids and in the upcoming season the coat conquered the whole country.

From a historical perspective you’d best select a camel hair. We have a few options in our Isle of Man bunch. But the opportunities are endless. For a more everyday look, your customer may choose a navy herringbone as shown here. 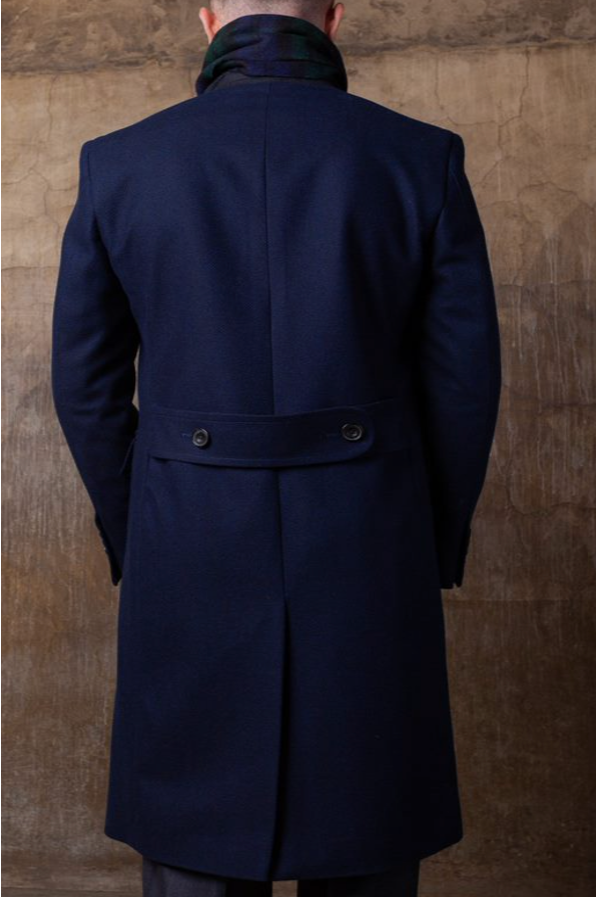