If you want to walk down the street in style and be snug and warm, you simply need two or three good overcoats. At least one of the overcoats should be nice and long. This fall Decode Tailoring has come up with an updated Ulster; a beautiful variation of an overcoat. A double breasted coat with notch lapels, cuffs and fitted by a Martingale (‘half belt’) on the back. The coat has its origin in the Victorian era (1837-1901). In this period people wore the coat with a cape. This as extra protection against the British weather. At the time, the coat with the cape was seen as informal, but that changed in the early 20th century: under King Edward, the Ulster lost its cape and became an essential part of a man’s wardrobe.

The Ulster is a double breasted model, distinguished by its length. It falls – like the Balmacaan – to the knee. This makes the coat ideal for the colder half of the year. In addition, the jacket is characterized by the patch pockets with flap, the Martingale closure on the back and the extra wide lapel. Of course, we at have paid attention to these details as well.

It’s a true classic, the Ulster can be found in literature and on screen. For example, in Sherlock Holmes, the coat is spoken of; “It was a bitter night, so we drew on our ulsters and wrapped cravats about our throats.” In addition to its reference in the detective novel, the coat also plays a prominent role in film American Gigolo. Here it is worn by none other than Richard Gere. Here it is made in camel hair. However, a genuine Ulster is made out of tweed. To be more specific it is made out of Donegal Tweed. A heavy tweed, originally invented in Donegal County. This is the same province as where the first Ulster were made. This does not mean that you cannot choose a different fabric. The possibilities are endless. We would recommend a heavy Abraham Moon or other tweed for that traditional Ulster style. For a more contemporary look, your customer may like something similar to the coat shown here. The Rust Herringbone Ulster is styled with a rollneck to give a dressed down look. 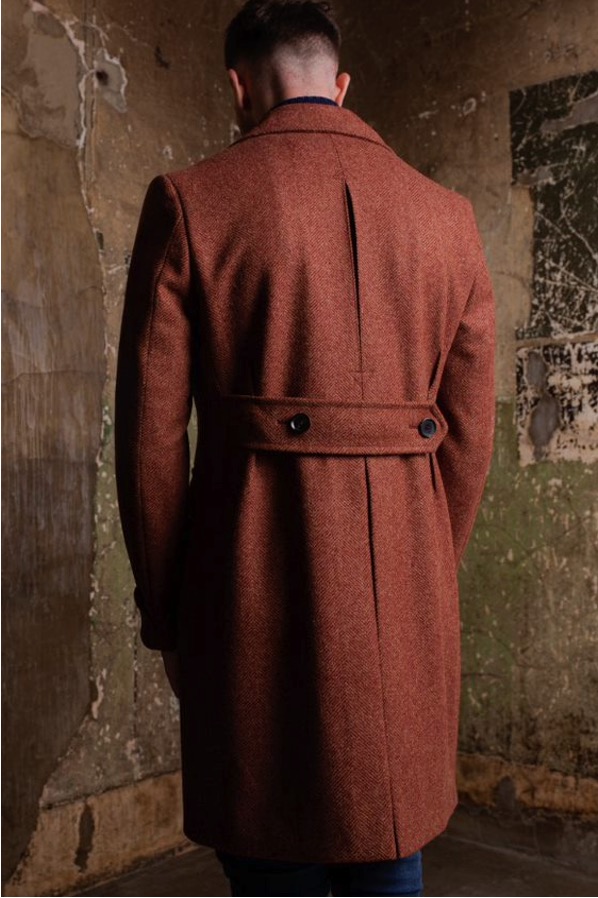 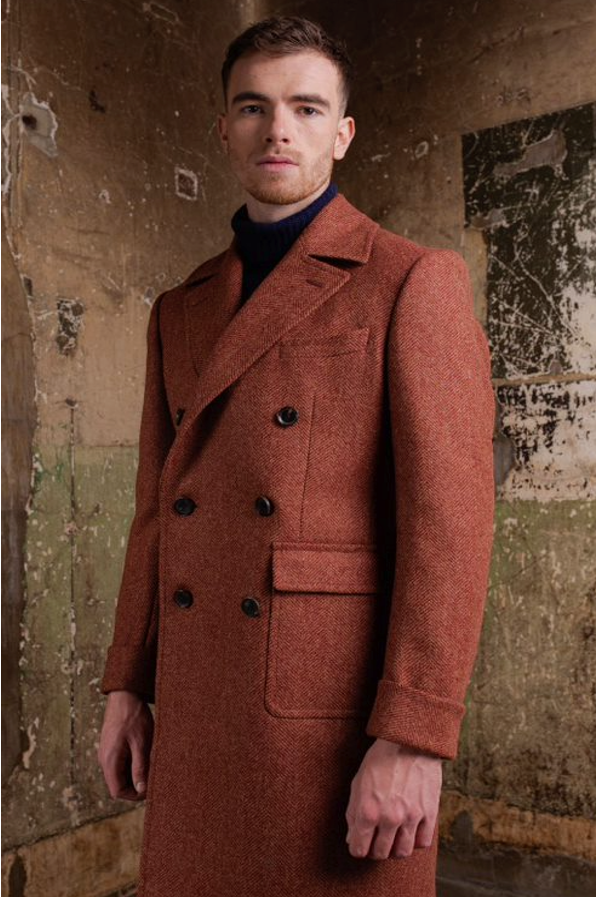